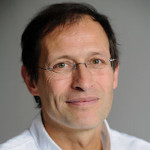 Jean-Pierre is the founder of four MRAM-related start-ups: Crocus Technology, where he served as CTO, eVaderis, Hprobe and lately Antaios for which he currently serves as President and CEO. He is a research director from CNRS, France’s largest research organization and he was up to 2015 the founder and Executive Director of Spintec laboratory, from which Antaios was spun-off. Jean-Pierre also worked in the past at IBM’s Storage System Division and Applied Magnetics Corporation in the US. He graduated from Grenoble INP and holds a PhD in Physics from Grenoble University. Jean-Pierre Nozières received the CNRS Innovation Medal 2017. 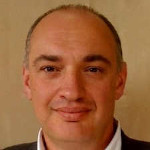 Jean-Pascal has more than 30 years of experience in finance and management, from consulting (Bossard Consultants) and IT services, to Fortune 500 companies (Schneider Electric, Urgo group, Socpresse Mersen). In 2006, he steps into the start-up world first as CFO of Crocus Technology, then of McPhy Energy which he brought to IPO. After a short spell as CEO of the Linksium incubator in Grenoble, and CEO of eVaderis, an MRAM IP company, Jean-Pascal is now in charge of finances and strategy at Antaios. Jean-Pascal holds an MBA from ESSEC, Paris. 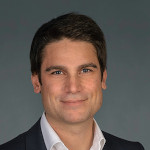 Vincent Deltrieu is a Partner and Member of the Board for Innovacom, a European private equity firm focused on enabling new technology hardware and software start-ups. Vincent brings over 15 years of successful VC experience where he led numerous transactions in Europe in digital technology-oriented startups with an extensive track record across a wide array of industries (energy, health, electronics, web or telecoms). Previously Vincent worked in diverse innovation-driven environments for international technology leaders and start-ups both at engineering and corporate development levels. Vincent has an engineering degree from Institut National Polytechnique de Grenoble, as well as a master of sciences in information technology from École Nationale Supérieure des Télécommunications and an MBA in Economics and Finance from SciencesPo. 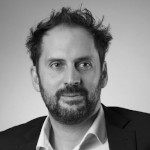 Nicolas Penet is an expert in technology transfer and coaching for entrepreneurs and joined Sofimac Innovation in 2019 as Director of Investments. After starting a career in new products development within start-ups and large corporations, in France and abroad, he joined the CREALYS incubator in Lyon, France to support technological innovation projects, mainly in the digital world. In 2006, he joined INSAVALOR, the technology transfer subsidiary of INSA Lyon Research, as executive director before becoming chairman of the board in 2012. Administrator and then treasurer of the CURIE network, he participated in the creation and development of PERTINENCE INVEST, an investment funds which he became president of in 2015. Nicolas graduated as an engineer from CPE Lyon and holds a Master of Entrepreneurship from EM Lyon and a degree from the International Industrial Property Studies (CEIPI). 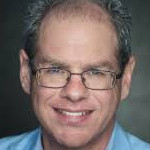 Now an independent consultant, Barry Hoberman has over 35 years of engineering and management experience in the semiconductor industry. He has been involved with MRAM for over 10 years, last as CEO and Chairman of Spin Transfer Technologies and as CMO at Crocus Technology. Prior to that he was founder and CEO at both inSilicon (acquired by Synopsys in 2002) and Virtual Silicon (acquired by Mosys in 2006), and also worked as a design engineer at Monolithic Memories and AMD. Barry holds a BSc from MIT.

Carlos Mazuré is a IEEE Fellow, with 34 years of experience in the Semiconductor Industry. As Chairman and Executive Director of the SOI Industry Consortium since 2014, he helps expand the market opportunities for the SOI industry through promotion of SOI platforms in the semiconductor ecosystem. Carlos Mazure spent most of his career at Soitec, from which he recently retired, after serving nearly 20 years as EVP & CTO, Head of Corporate R&D. Prior to Soitec, Carlos headed the ferroelectric FeRAM program at Infineon (Munich, Germany), and initiated Infineon/Toshiba FeRAM Alliance. Earlier he worked for IBM/Infineon DRAM Alliance (Fishkill, NY); and before at APRDL, Motorola (Austin, Texas) on BiCMOS ultra fast SRAMs. Carlos holds two doctorates (University Grenoble, France; Technical University Munich, Germany) and authored/co-authored 120+ technical papers, holding 100+ US patents. 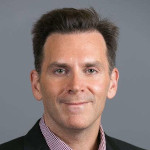 Michael Stewart joined Applied Ventures in 2015, as Investment Director after working for more than 12 years in advanced technology development at Applied Materials and Intel. Michael’s most recent investment was with portfolio company Electroninks where he serves as a board observer. Prior to joining Applied Ventures, Michael Stewart was co-founder of JUSE LLC, a consumer electronics focused startup, and the inventor of the low cost CRAFT Cell for silicon photovoltaics. He has developed high volume manufacturing products for crystalline Si solar and semiconductor device fabrication. He is an expert in silicon materials science, surface chemistry, and post-CMOS electronics, as well as chemicals and materials for electronics and biotechnology applications. Michael Stewart holds a Ph.D. in Chemistry from Purdue University and an MBA from the University of California at Berkeley (Haas School of Business), and is an inventor on over 40 US and world patent applications. 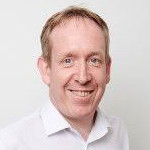 Christophe Maleville is senior executive vice president of Soitec’s Innovation. He joined Soitec in 1993 and was a driving force behind the company’s joint research activities with CEA-Leti. For several years, he led new SOI process development, oversaw SOI technology transfer from R&D to production, and managed customer certifications. He also served as vice president, SOI Products Platform at Soitec, working closely with key customers worldwide. Christophe Maleville has authored or co-authored more than 30 papers and also holds some 30 patents. He has a PhD in microelectronics from Grenoble Institute of Technology and obtained an executive MBA from INSEAD.